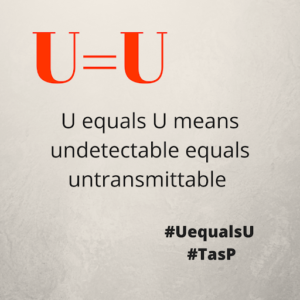 In recent years, an overwhelming body of clinical evidence has firmly established the HIV Undetectable=Untransmittable, or U=U, the concept as scientifically sound. U=U means that people with HIV who achieve and maintain an undetectable viral load—the amount of HIV in the blood—by taking antiretroviral therapy (ART) daily as prescribed cannot sexually transmit the virus to others. Thus, treatment for HIV is a powerful arrow in the quiver of HIV prevention tools. Read more about how a durably undetectable viral load prevents HIV transmission with NIAID’s fact sheet 10 Things to Know About HIV Suppression.

For nearly two decades, scientists have recognized that viral load is a key determinant of HIV transmission. Studies conducted before the availability of ART revealed that higher viral loads correlate with higher rates of both sexual and perinatal transmission of HIV. Following the advent of triple-drug ART in 1996, observational studies suggested that viral loads lowered by ART were associated with a reduced risk of sexual and perinatal HIV transmission. In addition, epidemiological studies showed that as the number of people in a community who are virally suppressed rises, the number of new HIV transmissions falls.

Findings from the large NIAID-supported HPTN 052 clinical trial, which tracked more than 1,600 heterosexual couples over 10 years, offered clear-cut evidence that consistent suppression of HIV with ART prevents sexual transmission of the virus. HPTN 052 found that starting and sustaining treatment for HIV early, when the immune system is relatively healthy, essentially eliminated the transmission of the virus. No HIV transmission was observed when ART consistently, durably suppressed the virus in the partner with HIV. While some transmission events did occur in the study, new transmissions only resulted when the partner with HIV was not fully virally suppressed due to either having just started ART, or for whom treatment no longer was working and the virus was replicating. The HPTN 052 results, along with those of the NIAID-funded START study, helped influence the World Health Organization in 2015 to recommend that everyone living with HIV should begin treatment upon diagnosis. 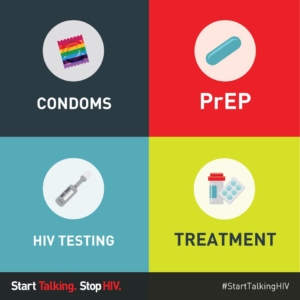 Two additional studies, PARTNER and Opposites Attract, reinforced the HPTN 052 results and extended the findings to male-male couples. Findings from PARTNER2, the second phase of the PARTNER study, provided conclusive evidence that U=U is as applicable to gay, bisexual, and other men who have sex with men as it is to male-female couples.