Eight years into the pre-exposure prophylaxis (PrEP) era and two years into the federal government’s plan to end the HIV epidemic in the United States by 2030, about half of the primary care providers in one hard-hit Texas community still lack a basic understanding of PrEP eligibility, side effects and adherence. 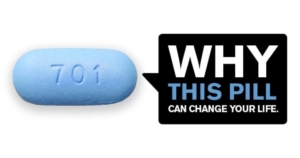 And that deficiency was associated with a significantly decreased likelihood of prescribing the Truvada (tenofovir disoproxil fumarate/emtricitabine) or Descovy (tenofovir alafenamide/emtricitabine) prevention pills to their patients.

The good news is that 35% of those providers had prescribed PrEP in the previous year.

The findings, published in Preventive Medicine Reports, are consistent with the long, slow rollout of PrEP to Black, brown and transgender individuals and communities in the South. For instance, in 2018, Black Americans made up nearly half of those at risk for HIV but just 1% of people on PrEP.

This PrEP gap has been identified by the Ending the HIV Epidemic: A Plan for America as an important shortfall to address. And the federal government is attempting to do so through its nationwide free PrEP program, Ready, Set, PrEP. But that program has been under-enrolled.

Even when the Centers for Disease Control and Prevention gives health departments extra money and support to increase PrEP prescriptions among Black gay and bisexual men and transgender women, those programs have ended up referring more heterosexual and white adults to providers who can write a prescription.

The findings come from a 2019 health care provider survey by Afiba Manza-A. Agovi, PhD, MPH, and colleagues at JPS Health Network, a safety net provider in the Ending the HIV Epidemic 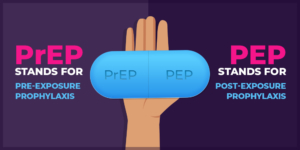 Out of 283 providers contacted, only 62 responded. Most providers were women (61%), white (60%) and physicians (76%). Just seven respondents were Black. More than half had been in practice for 10 years or more.

Of the respondents, nearly 98% were aware of PrEP as a tool to protect oneself from HIV. But that awareness didn’t translate to understanding. Nearly half (45%) reported low knowledge about Truvada and Descovy for HIV prevention.

Before adjusting variables to account for the small number of responses, that low knowledge was associated with a 91% decreased likelihood of prescribing PrEP. But even after adjusting for the small sample size, the odds of a provider with low understanding of PrEP prescribing the HIV prevention pills decreased by 69%.

What’s more, 55% of providers who reported insufficient understanding of PrEP eligibility, side effects and adherence failed to raise the question of PrEP with clients. Nearly one in four—23%—had been asked about the prevention pills. But a majority, 71%, reported that they lacked a screening tool to assist them with identifying people who could most benefit from the pills.

Still, the percentage of providers who knew about PrEP and the fact that 35% of the respondents had prescribed PrEP in the past year gave the authors cause for optimism.

“Providers had a high awareness of PrEP and were willing to prescribe PrEP if given additional information,” wrote the study authors. “Providers in our survey endorsed interest in receiving educational trainings on PrEP and integrating PrEP services into primary care. This finding is encouraging because [primary care providers] and HIV specialists often disagree about whom should be responsible for prescribing PrEP.”